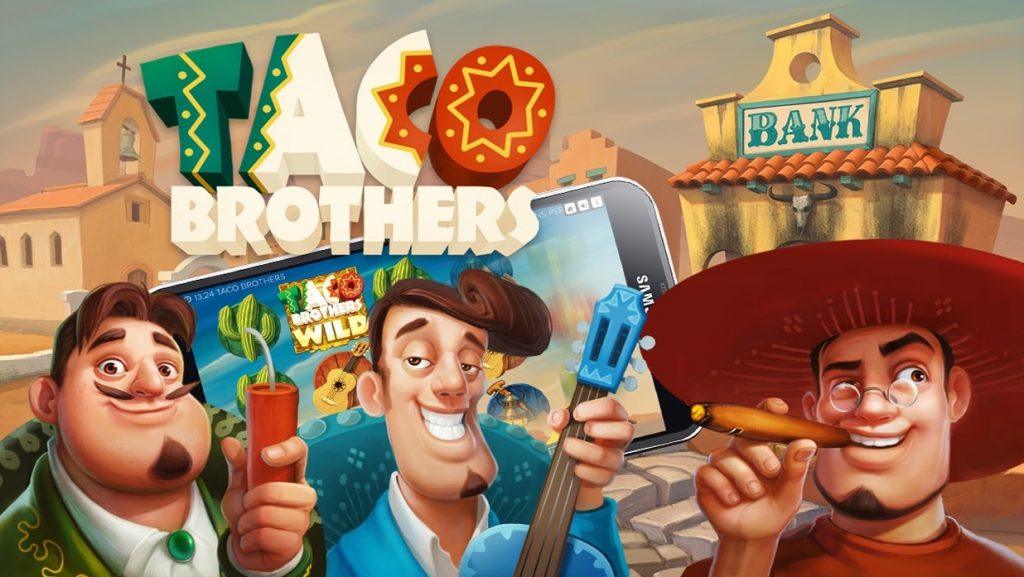 Let us talk about Taco Brothers for a moment. This is a great online slot game that you can play anytime. It has all the elements that will remind you of what makes the Mexican culture so great.

You can thank ELK Studios for this online slot game. It is a 5-reel game that gives you 243 ways to win. The game revolves around the stolen tacos – done by the evil Captain Diaz! You play the roles of Pepe, Pico, and Paso. They will try to protect the town of Santa Maria and their precious tacos.

Taco Brothers have a lot of amazing features. ELK Studios really did a good job in developing the game. There is a Wild Escape feature that can be triggered if you use the re-spin feature – which appears on the 2nd and 4th reels. When you are on the Wild Escape, you can get a lot of free spins – and they have up to 3x multipliers. To make a bet, you can start with 10p or you can go as high as £50 every spin. There are also a lot of running wilds that will really take the fun to the next level.

The symbols you will see in the game includes the three brothers, a sexy Señorita, cactus, a tequila bottle, mining lamp and spade, and a guitar. A golden bell is used as the symbol for the Wild. 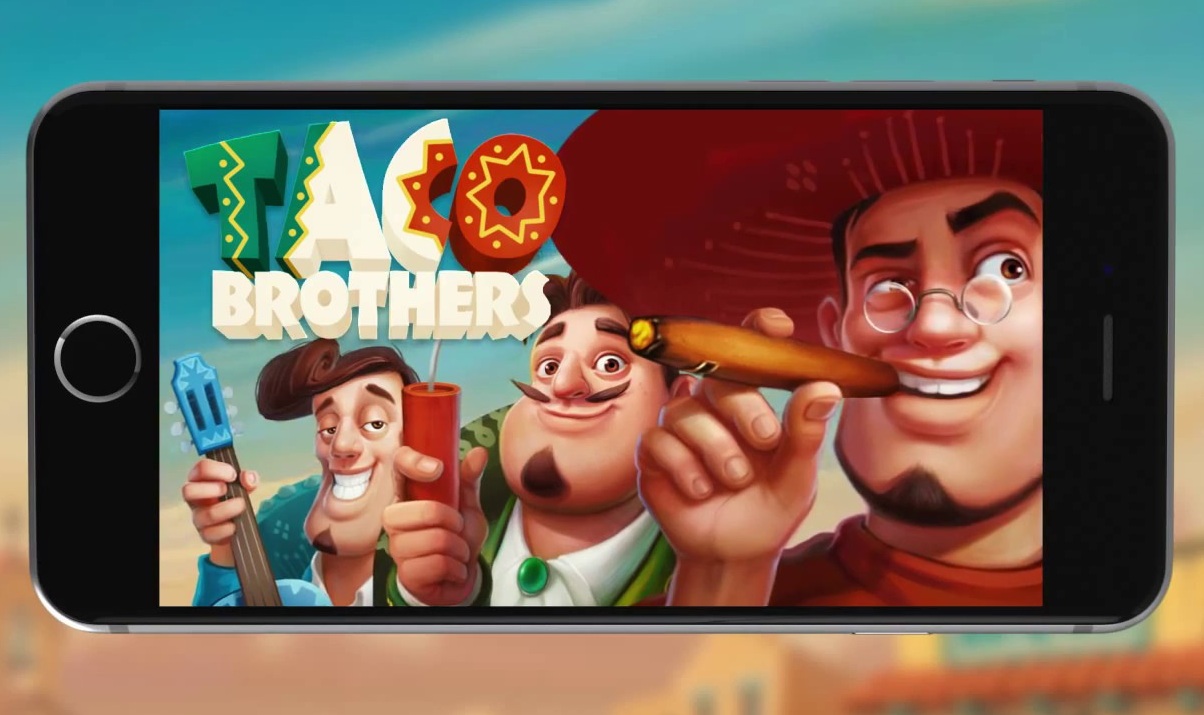 One of the best things about this online slot game is that it is visually appealing. The setting of the game is during 1881. As mentioned, the brothers are pitted against Captain Diaz who is bent on getting all the tacos in the game. Santa Maria is a dusty type of town – which is actually very typical of Mexican towns.

The game also features a sexy and sensual Señorita who oftentimes releases the brothers who are trapped because of their efforts to protect the town. This happens during the Wild Escape.

During the Wild Escape feature, the symbols on the reels will be replaced by all the human characters – Pepe, Pico, Paso, Captain Diaz, and the Señorita. Before you can play, a bomb will explode and will reveal the multiplier for that particular game. It can either be 1x, 2x or 3x. Here, the brothers will drop on reel 5 – one at the time. They will act as the wild. In case the evil Captain appears, he will lock up a brother. The brothers will only be released when the Señorita appears.

Taco Brothers is truly one game that you should really play online. It is filled with a lot of elements that pay tribute to the wonderful culture of Mexico.